What I Learned on Vancouver Island

I had the fortune to be invited, as both guest beer writer and chauffeur, to tour the southeastern coast of Vancouver Island. Along with Ezra, publican of The New School, the tour took five nights and covered Victoria to just north of Qualicum Beach, around 100 miles apart. This was my first ever media trip; lodging, car, and per diem were paid for by a tourism company in conjunction with the BC Ale Trail. In our rented Taurus with (thank heavens) GPS, we visited over a dozen breweries and beer bars and took some side jaunts to coffeeshops, beach parks, and a grand old train trestle.

Though the laws are slowly loosening, drinking beer in British Columbia is somewhat complicated, and expensive due to high taxes. Some taprooms only offer samples and beer to go, no full pours. Others sell flights and “sleeves,” or full pours (not always a pint; in fact, very rarely a pint it seemed). All of them filled growlers. It appeared that none were required to sell food. So whenever we walked into a new brewery, we weren’t entirely sure what to expect. Given our status as professional tourists, we always opted for flights in order to cover the most ground in the fewest sips. Touring this way can be tedious, as the palate eventually degrades into simple sensations.

The words “nascent,” “emerging,” and “burgeoning” are the most generic to describe a young and growing craft beer “scene,” just as the word “avid” is the most overused adjective to describe a homebrewer who goes pro. But the Vancouver Island beer industry is basically that. Though several breweries have been open for more than a decade, the majority are much younger than that. According to bartenders and brewers we spoke with, the reemergence of township breweries there is concurrent with that in the States. The collective beer-unconscious has produced a pox of small breweries in small towns; everybody had the same idea at the same time. This is the direct result of a legislative change in 2013 that allowed breweries to sell their beer on-premise in “lounges,” rather than being forced to sell it to the government and buy it back, or not make any retail margin at all.

The Island is lovely. Downtown Victoria has maintained much of its 19th century architecture, the beaches and harbors are photogenic and full of life, but also rocky and stark like the coast of Maine, or Alaska; life abounds in crevices. Fir, cedar, and madrone trees line roadways and trails. Though it snowed periodically through the week, it is generally temperate, with lower highs and higher lows than Oregon, at least on the coast. Mountain views are frequent, whether inland or across the Salish Sea to the mainland. Camping and backpacking here would be excellent (though we heard no reports on summer bugginess).

Victoria is a medium sized city, quite bigger than Eugene, but smaller than Portland. It has the most mature breweries, and several beer bars. We visited The Drake Eatery, a beer bar in downtown Victoria. The beer selection of around 30 taps was broad (i.e. did not lean heavily on hoppy beer) and carefully curated by the proprietor, Mike Spence. The experience there gave both of us, I think, a false sense of security about the beer we were to taste on the trip. It’s a really nice beer bar, and I would have liked to stay longer.

But Victoria was not our destination. The second day, we went to three breweries and a taphouse: Red Arrow, Craig Street, Riot, and Sawmill Taphouse & Grill. It’s difficult to write about the first two, especially Craig Street. The tourism company had given us an itinerary, but no times or appointments; communication with the breweries was spotty because very few expected us (that was not the case at Riot, which I’ll get to). We got into the brewery at Red Arrow for a couple minutes and looked around; yep, it’s a brewery. At Craig Street, we simply sat down with flights and a dish of poutine. Perhaps it’s best that nobody was there to meet us; the beer was not good, with buttery diacetyl in every one, even the seasonal Altbier. But it would have been nice to ask some questions, as the space is welcoming and well-adorned and seems reasonably popular.

The new breweries are all doing pretty much the same thing: blonde, pilsner, pale, IPA, porter or stout, and a seasonal make up the tap lists. Hardly any saison or other Belgian, no sour or wild ale. Not very adventurous. That goes for most of the food and coffee we experienced as well. This is likely because everything north of Victoria is basically the middle of nowhere. Nanaimo is the next largest city with about 100,000 people in the greater vicinity; only half the population of Eugene-Springfield. So really, the lack of urban culture shouldn’t have been surprising at all. We could have packed a bottle of Sriracha and called it good.

But it’s proven that beer quality has nothing to do with proximity to an urban center; there is plenty of shit beer in cities. Education and good brewery practices, however, are critical. Though we were unable to interview every brewer, it is clear that there is a collective dearth of good brewery practices; off flavors like diacetyl and acetaldehyde were common, appearing in at least one of every brewery’s beers. Attenuation issues, either over or under, were not uncommon either. Some beers were oxidized, presumably not having sold well; we only visited one brewery that had any real activity going on, which indicated at least a slow season, if not infrequent brewing.

The market is still growing; in the age of social media, it is easier to spread information about craft beer, and groups like the Nanaimo Craft Beer Society are doing a really good job. The ultimate event on our trip was called Crafternoon, and was the finale of Nanaimo Craft Beer Week, held at Longwood Brewpub. It was different from any beer fest I’d been to before, as it was held indoors at a brewpub and there were no tickets for beer and the food, brought around on trays by wait staff, was free. There were only 150 or so tickets sold, so the two floors of the pub weren’t jam packed; they probably could have sold 50 more tickets without issue; the event had sold out in December, anyhow. With 14 breweries from the Island and mainland serving two beers each, the selection was the broadest and the quality the highest we’d seen since The Drake. The community is strong, and part of the Society’s stated mission, as told to me by one of the members, is to improve the quality of the beer. They know it’s not all good; that’s a really big step! All too often, brewers think their shit smells great when in fact it smells like… so having a group like the NCBS will prove quite valuable.

I wrote a journal of the trip, which I might post here soon, along with more photos. Stay tuned! 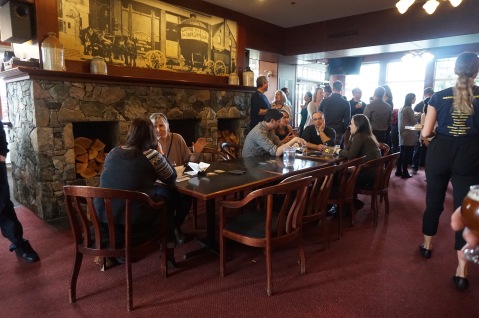 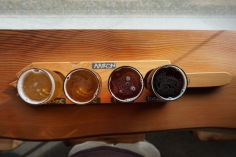 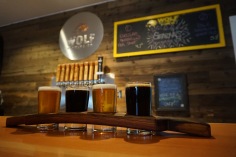 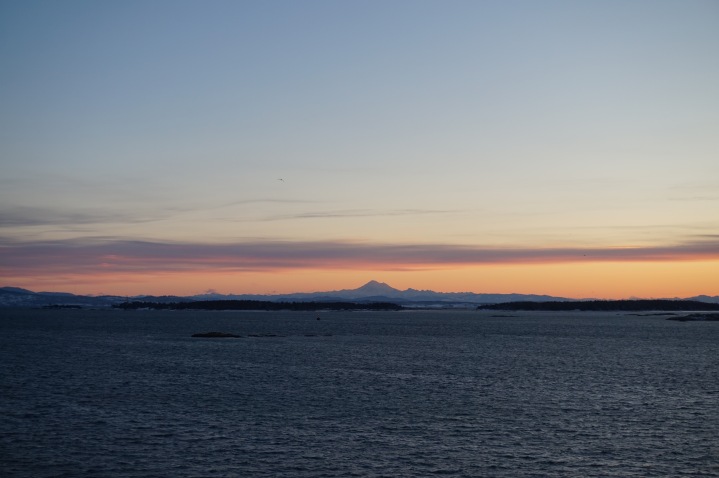